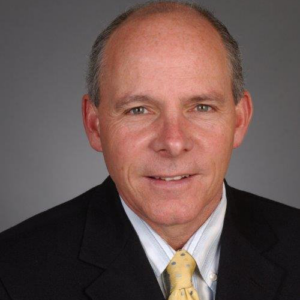 Dennis Quilty specializes in zoning. licensing and permitting matters at the city and state levels with a concentration in the City of Boston zoning and licensing process. With over twenty-five years of experience, Dennis has been counsel to some of the largest and most complex commercial and residential developments, restaurant projects, hotels, sports and entertainment venues.  He has provided successful representation before City and State administrative agencies, public officials and community organizations, including hundreds of appearances before the Licensing Board for the City of Boston, the Commonwealth of Massachusetts Alcoholic Beverages Control Commission (“ABCC”), the Boston Planning and Development Agency (“BPDA”), the City of Boston Zoning Board of Appeal and Public Improvement Commission.

Dennis’ experience includes representation on behalf of such nationally recognized clients as The Boston Red Sox, Apple Computer, Inc. Livenation Music, Shake Shack Restaurant Group, Restoration Hardware, Kerasotes Showplace Theatres and numerous residential and commercial development projects in the BPDA Article 80 review process and before the City of Boston Zoning Board of Appeal.  He has also represented a number of charter and private elementary and secondary schools in the City of Boston zoning approval process.  In addition, Dennis is co-chair (with his partner Stephen V. Miller) of the Massachusetts Continuing Legal Education (“MCLE”) program on Alcohol, Food and Entertainment licensing which provides practical advice to attorneys, regulators and administrators in this practice area.

Before entering private practice, Dennis served as an attorney for the City of Boston and as Assistant District Attorney for the Commonwealth of Massachusetts (Suffolk County).  He was also a Gubernatorial appointee to the Boston Finance Commission.  Dennis is past Chairman of the Boston Democratic City Committee, and has been profiled as a leading zoning and licensing attorney by The Boston Globe, Massachusetts Lawyers Weekly, Boston Magazine, Banker & Tradesman and the Improper Bostonian Magazine.  His role as permitting counsel for the Convention Center in South Boston was also featured in the Wall Street Journal.  He is admitted to the Massachusetts Bar and received his BA from John Carroll University and his JD from Suffolk University.