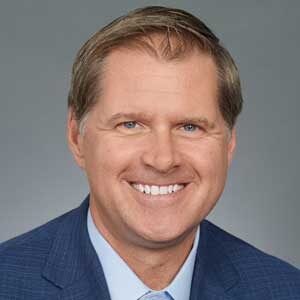 Joe Hanley is a Partner specializing in land use, zoning, permitting and licensing law.  His practice includes over 20 years of experience providing successful representation in the state and local administrative approvals process for commercial land use developments of all kinds; securing entitlements from municipal planning, zoning, licensing and entertainment boards in cities and towns across Eastern Massachusetts and before the Commonwealth of Massachusetts’ regulatory bodies.

Joe’s clientele ranges from large to mid-scale real estate development ventures in mixed-use, residential, commercial, hotel, hospitality, restaurant, biotechnology/life sciences and institutional sectors, as well as major national and international retail and restaurant franchisors, local franchisees and entrepreneurs.  He has also served as land use and strategic counsel to several LEED-certified and Transit-Oriented Developments and Tax-Credited Housing projects in the City of Boston, including expertise in the prosecution of the Boston Planning and Development Agency’s Article 80 Large Project Review and Boston Zoning Commission’s Planned Development Area approvals process.

Joe is a member and past Board President of Heading Home, Inc., a Boston-based non-profit provider of innovative “housing first” services to the homeless, and he is the Vice Chairman of the Board of Directors of the Back Bay Association, an established business advocacy group in Boston.  As an original member of the New England Steering Committee for the Presidential Campaign of Barack Obama, Joe also served as National Co-Chair of the Obama Campaign’s Generation 44 organization, an Obama Victory Trustee, National Finance Committee member and At-Large Delegate to the 2012 Democratic National Convention   His work as a top-rated Boston attorney has also been recognized in the Legal Leaders sections of the Boston Globe and as a Massachusetts Super Lawyers by Boston Magazine.  Joe graduated Cum Laude with his J.D. from Suffolk University Law School in Boston, Massachusetts and received his B.A. from the University of Maine in Orono, Maine.