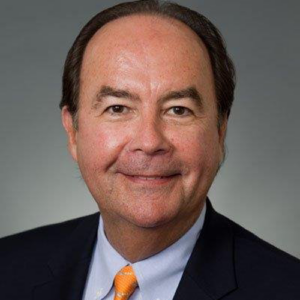 Bill McDermott is a partner in the firm, concentrating in state and federal relations in the government affairs and business strategies practice.  He focuses on legislative, regulatory and procurement  law and governmental relations for clients involved in biotechnology, health care, real estate development and technology-based industries.

Prior to joining the firm, Bill was a founding member of ML Strategies and attorney with the law firm of Mintz, Levin.  He also served as Vice President of Government Affairs at ML/MLS from 1990-2000.  Among his client accomplishments, Bill has successfully directed a number of major initiatives through the Massachusetts State Legislature, including the recent passage of the Massachusetts Convention Center authorization and statewide court reform legislation.  Bill was also counsel for the hostile take-over of the former Bay State Health Care HMO, and he has served as legislative counsel to the Massachusetts Biotechnology Council since 1994.

Bill’s extensive experience in public service includes his appointment as Chief Counsel to the Massachusetts State Senate’s Ways and Means Committee in 1988, and his appointment in 1983 as Undersecretary and General Counsel to the Executive Office of Economic Affairs for the Commonwealth of Massachusetts, where he completed his service as Acting Secretary.  From 1975 to 1983, Bill worked for the United States Congress in various capacities, including a position with Congressman Joe Moakley, former Chairman of the Rules Committee.